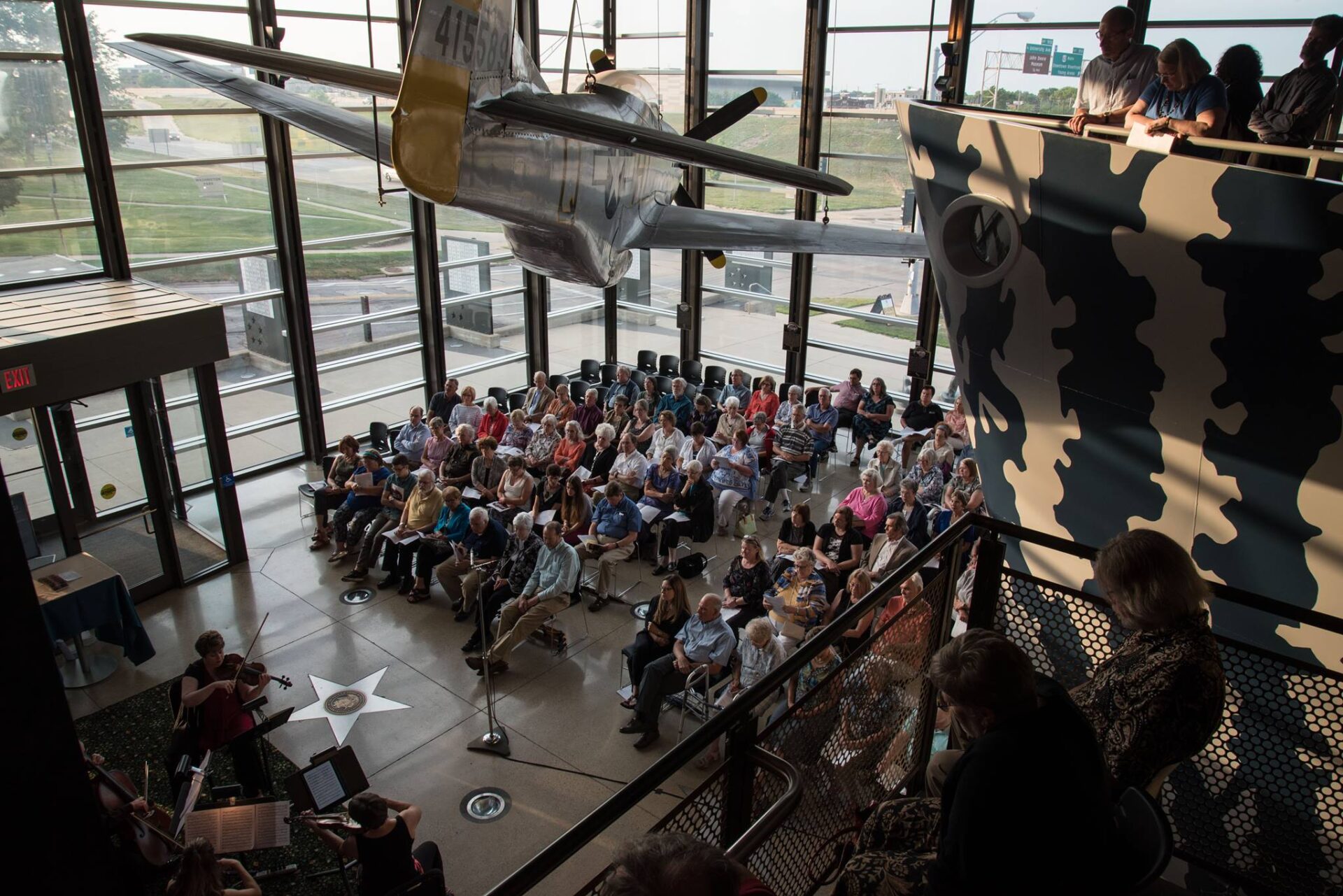 Cedar Valley Chamber Music Festival (CVCMF) was founded in 2006 by Artistic Director Hunter Capoccioni with the aim to bring high-quality chamber music to his home community. With the support of faculty members at the University of Northern Iowa along with professional musicians from the Cedar Valley community, CVCMF presented its first two concerts in early June. Following two summers of sold-out performances, CVCMF incorporated as a 501(c)3 non-profit organization in October of 2008. Since that time, driven by its unique mission to focus on thematic performance in unique and diverse venues with an emphasis on the employment of resident and native Iowa musicians, CVCMF has expanded both its subscription program and community outreach programs around the Cedar Valley and neighboring communities.

Breaking down barriers and the stigma of inaccessibility associated with chamber music, CVCM has embraced unifying thematic programs for each consecutive summer festival season. Past themes include: Once Upon a Time, Gypsy Airs and Hungarian Dances, For Your Ears Only, Through the Looking Glass, and Raiders of the Lost Art.  Iowa artists have been a central part of the summer festival with performers coming from Waterloo, Cedar Falls, Des Moines, Iowa City, Decorah, Ames, and Coralville. In addition, CVCM has dedicated itself for the past decade to funding that allows native Iowa artists to return to their home state for the festival. Artists have hailed from all over the U.S. including Chicago, Minneapolis, Los Angeles, as well as internationally with native Iowa artists returning home from as far away as Newfoundland, and Brazil. Board members and other volunteers assist with this festival in a myriad of ways including hosting musicians, reserving venues, setting up for concerts, and assisting as needed with transportation, equipment and food needs.

Cedar Valley Chamber Music dropped the word “festival” from its name in 2013 to represent its expansion to a year-round organization. To this end, CVCM has added a house concert series that spans the academic year and brings the art of chamber music into the homes of Cedar Valley residents. The organization has also included special concert programs including rural outreach concerts in small to medium sized Iowa communities and residencies culminating in 2018 with a celebration of the 25 year anniversary of the Ying String Quartet’s 1993 residency in the neighboring town of Jesup.

Looking towards the future, Cedar Valley Chamber Music continues to place a premium of community outreach and reaching new audiences through concerts in unique and diverse venues. Future plans include the commission of a new work by native Iowa composer Micheal Gilbertson (2020) to celebrate the organization’s fifteenth anniversary and seeking out new collaboration between professional chamber music ensembles that directly serve the needs of Cedar Valley residents, particularly area K-12 music students.